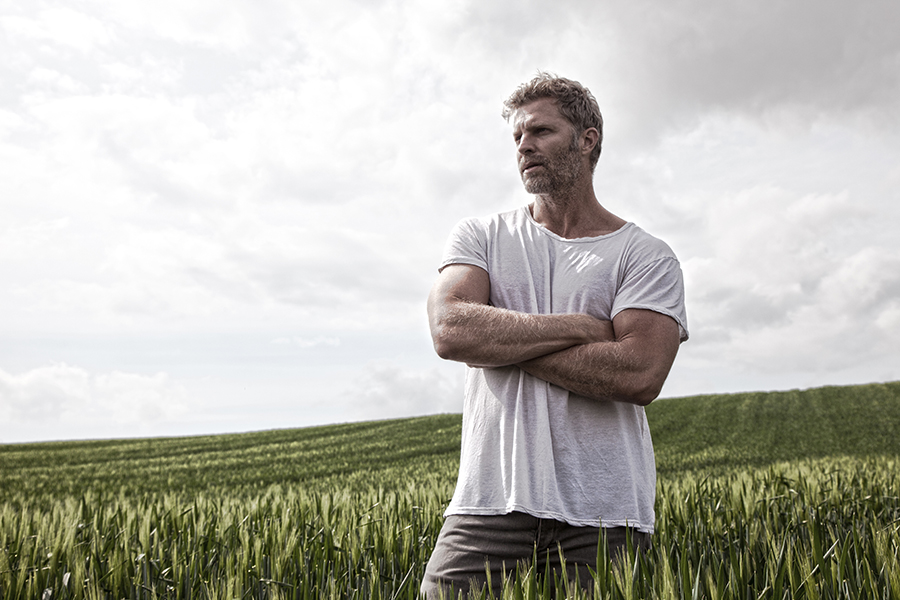 There are people who just seemed to be blessed with a beautiful look and a charming attitude – he embodies both and has an even more talent inside: Jason Sullivan. The interior designer and top model dropped in from his current stomping ground in LA. Talking about the moment that almost stopped his career forever. He is sharing his bucket list and gives us an insight into his creative process of designing a home.

You were walking the runway for Vivienne Westwood and standing in front of the camera of Arthur Elgort and Bruce Webber. How long have you been modeling for and how did you got into the business?
I’ve been modeling since the week I left high school. I’m now in my 40’s, therefore, it’s been more than half my life – lucky old men need to buy clothes too. About seven years ago I felt the need to have more of a creative outlet so I started working for an Interior Design firm. About eight months later I was asked to compete on a television show called “Homemade” to find Australia’s best interior designer. Being quite new to the Interior Design industry I was a little apprehensive to enter the competition. If my designing sucked then I would be publicly humiliated, but on the other hand if I did well then it could kick start my career. So I ended up going for it to find I was underdog on the show with the least amount of experience but lucky enough I actually went on to win the whole damn thing. So I guess my designs didn’t seem too much. After completing the show the producers actually told me they really never thought I would win they just wanted me on there for a bit of eye candy. (Laughing)

How did it go from there?
I became quite well known in Australia and founded my own interior design company. Next to it I continued working on another design show called “The Block” as a host, judge and mentor. I also have become Contributing Editor of Belle Magazine for two years.

What’s the best moment and the worse moment during your modeling career?
I love to travel more than anything. Any time I get the chance to work somewhere like Bora Bora or Egypt – these are the best moments. My worst moment was probably when my modeling career came to sudden stop because I got involved in an accident. While I was leaving a restaurant in Sydney a drunk girl jumped on my back unexpectedly and I fell flat on my face. I broke my nose, lost half the skin of my face and it caused my tooth to tear through my upper lip.

What happened after this accident – how did it affect your career?
I woke up in hospital the next day and was totally shocked and worried about my modeling future. But I remember saying to myself, I’ll just make the best out of this situation and have faith that everything is going to be ok. I was forced to think about what else I’m good at and Interior Design is what came to my mind. Within a year after the accident I went on to win the show “Homemade”. So the lesson here is: don’t give up when you suffer a setback, some times great things can actually happen out of adversity.

You said what you love about modeling is that you get the chance to travel…
Traveling is my passion and having a job that takes you all around the world is amazing. I’ve visited so many places, that I wouldn’t have been able to visit if I was working in another industry. I just removed two more places off my bucket list – Tulum Mexico and Berlin, which I fell in love with, and could actually see myself moving there. But there are still a few more places I’d love to see like Brazil, The Maldives…the list goes on and on. What I also love about modeling is actually working in teams, the photographers, makeup artists, stylists, assistants – creative people are a lot of fun to be around and work with.

You have worked brands like Armani and Ralph Lauren
Which was the coolest job in modeling you had so far?
So hard to choose but I loved doing the Vivienne Westwood show in Milan. It was just epic. There were people in the audience actually crying. And there was the print campaign for Dormeuil, which we shot in Egypt. We sailed the Nile and went to the most amazing temples, places tourists are usually not allowed to visit.

My most fulfilling job as a designer was to design a house for six orphaned children under the age of 18, who had lost both parents to cancer within a week. The Australian public donated almost a million dollars to the kids. I was very pleased to be part of creating a better future for these kids. I developed a strong connection to the kids as I had just lost my own father to cancer.

What did you want to be when you were a child? What were your influences?
We grew up in Australia watching American TV. Therefore I always wanted to move to LA and work as an actor. I took acting and singing classes on and off for a few years but never actually pursued it as a career path. Juggling a modeling career, interior design, Design TV and the magazine just took over. Sometimes I see a great movie and it makes me go Argghhh I really want to be an actor. I am not sure that will ever come into fruition but you never know. I am actually really interested in producing and coming up with TV show concepts. Being creative for me just doesn’t have to be limited to designing homes. My dream is to design my own Boutique Hotel one day and who knows perhaps I’ll produce a show around it.

It is rumored in the Press that you dated Cameron Diaz and designed her house?
(Laughing) No, I didn’t date Cameron we are just friends. If you are seen leaving a restaurant with a celebrity the press just always loves to make out you’re a new item. I feel very fortunate and grateful to have had the opportunity to design homes for several different celebrities. They can be a lot of fun.

How are you decorating rooms?
When I enter a space for the first time I actually just get an intuitive feeling. This might sound crazy but the house kind of speaks to me, visuals starting to flood my brain.

We all know the design classics like the Eames chair almost every creative person seems to have in their apartment. Do you have any Interior classics or pieces you always use?
I never like to use the same piece twice. My designs should evolve. I do have a love for mid century antiques and comfort is always in focus for me. I like my furniture pieces to be quite sculptural in shape, natural textures like Moroccan rugs – anything that can make a room feel warm and cozy.

What defines beauty for you?
Well, in this industry we are surrounded by what people consider beautiful all the time. But when the person doesn’t have a nice personality to back it up to, then they can become ugly very easily. Such a cliché but beauty shines from within! 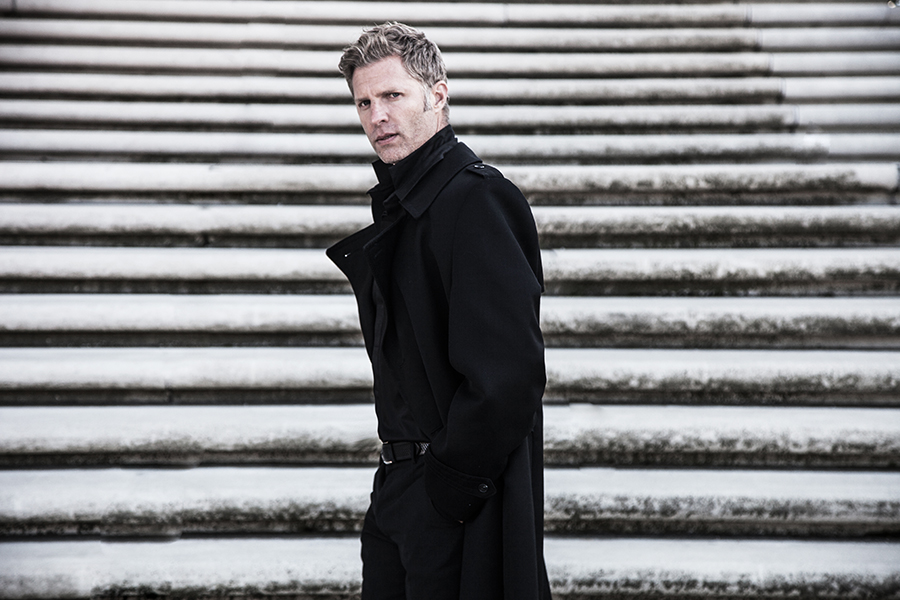 Who is the most inspiring person to you in life?
My parents. They always worked very hard to make my brothers and sisters and I very comfortable. If they weren’t there to rely on, I may not have had the guts to leave for Australia 20 years ago to pursue my dreams.

What is your best feature (Body parts, Dancing etc.)?
Well my nose was my favorite part – before it got broken. (laughing)

Do you have any advise for younger models in the industry?
Modeling can be a great career, so take it seriously! I once messed up big time because I drank too much booze the night before a shoot for one of my most regular clients. I lost them for a while as a client. Be kind to everyone who works with you, be grateful, have fun and have another career interest on the side. You are much more interesting if you have something else to talk about than your pretty face.