Lin Adler (LA) would love to make sustainability fashionable. She is a stylist and has worked in fashion for 25 years. She is the now the go-to for sustainable styling and she also does colour theory and styling workshops for businesses and charities.
Paul James Hay (PJ) is the founder of Core Artist Management, a photographer and was a model for 15 years before that. Originally from Australia, he has been living in Germany for 11 years. 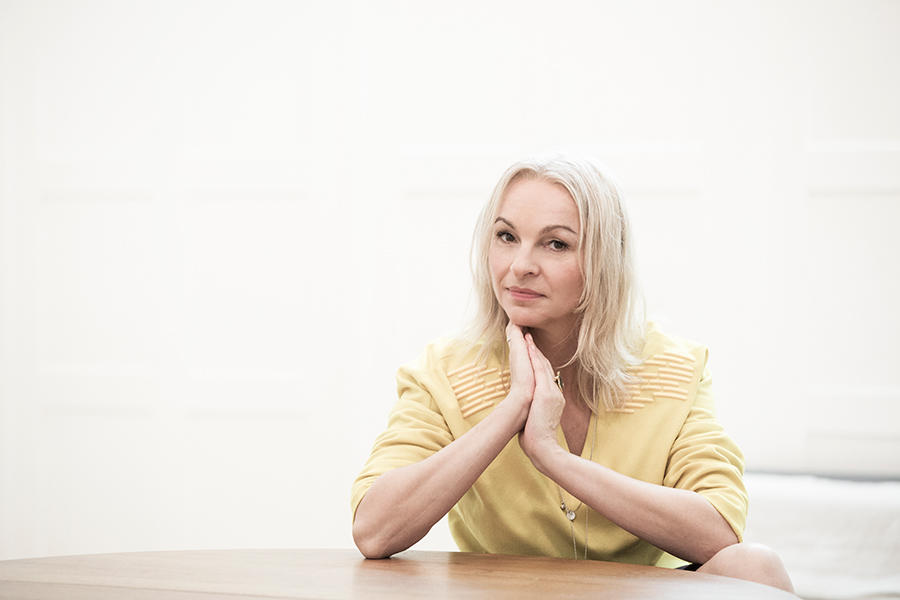 (PJ) I first met Lin Adler in the late 90’s in Munich. We worked on a few shoots together and she was at the time juggling twin babies and working alongside her partner photographer.
Hello Lin, thank you for sitting with me and for your willingness to chat so openly with me. I’d really like to re-iterate how amazing it’s been to reconnect with you personally and creatively after all these years. I’m also fascinated by your expertise on the topic of sustainable fashion.
(LA) Paul, yes the late 90s …I just found these old pictures of you. You where my favourite model in those days and to be honest these productions I organized and booked you for still look so modern. Or maybe they’re just modern again. Time goes by and times are changing indeed.

(PJ)(laughing) Lin, you need to show me. I’m not sure if I have ever seen all of the shots. Life before the internet took over, right?
(LA) Nobody thought about fast fashion back in those days, or at least the need of sustainability in that time; In fact most of the fashion industry next to the pure fast fashion brands, were acting in a sustainable way.

(PJ) What do you think has been the driving force of consumer consumption in the first world demographic over the last 20 years? The Internet perhaps?
(LA)  There is a change – we are all totally trained to see things and then want them. Advertising creates desire. There is a movement where people are looking inside themselves rather than outside in order to make their decisions about what they buy. There is an interesting interview with Brunello Cucinelli, the designer, in Tatler, where he explains that he produces his clothes at a true cost level and that luxury brands are able to do this. Cuccinelli has tried to create a kind of utopian workplace, which he believes contributes to the wellbeing and creativity of the workers. People assume that designer fashion is produced ethically, but it’s not always the case. The price you pay doesn’t necessarily tell you anything about the source of the product. Liv Edelkoort is a trend forecaster and she said that “fashion is dead and clothing is what we have.” Clothing is basic, we want to have a second skin and it’s about how we feel in our clothes. The concept of what looks good has changed – For sure you want to look good, and not just like an eco-fan, but people are now more aware of everything. In the 90’s we had tanning studios at every corner and nobody believed that you would get skin cancer. Now we have Yoga studios instead. So I am sure it is more and more about how I feel in my clothes.
People have everything and because of fast fashion more than they need, they followed the trend more instead of quality. But I can see changes, people are overwhelmed. You would never have guessed that there would be protests in front of the opening of a new Primark store.

(PJ)  Let me ask you about the very beginning of your career. Was styling something you always wanted to do?
(LA) I finished my studies in communication science in Munich , and at the same time I fell in love with the father of the twins. I also worked in PR in those days, organized productions and the styling came along with it rather naturally. From this collaboration we created a lot art and fashion projects together. I moved to Rome and we lived there together. Five years later I moved back to Munich and the twins were born…. So I had no career plan for being a stylist and being a mum. Watching back I can see that I was always very special with my clothes as a child and as a teen busy with the sewing machine making my own clothes. It all came together at the end and I still love my job. And that job worked perfect together with being a mum. 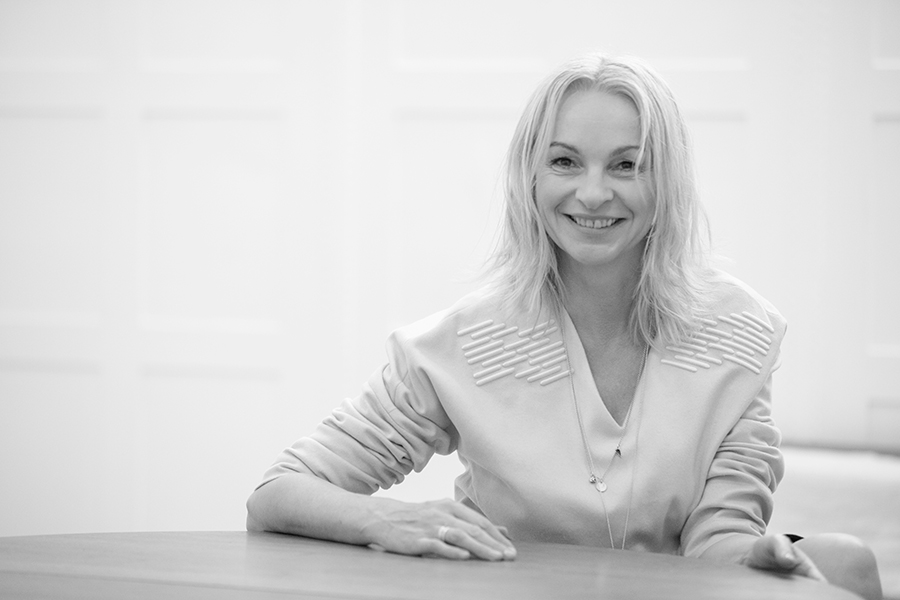 (PJ) Did you learn how to sew from your mother? My Grandmother made all of my mother’s clothes when she was a child and I remember vividly my grandmother laying out a sheet and cutting her fabrics from those 1950’s patterns with the fine tissue paper templates. It was quite a ‘todoode’ as she would say. It was so much work but I know my mother looks back so fondly at how much love and energy was put in to her clothes and perhaps even lead to her becoming a designer herself.
(LA) That sounds wonderful and indeed being part of making your own clothes or getting them from someone creates a totally different feeling. So individual, so authentic, so much energy, so much love. I think this is part of what people are craving now. My aunt made all the clothes for my cousin and to be honest I was always jealous. I don´t know why I never asked her to do something for me as well. I think I was too shy. I watched her quite often and then I asked her if I could use her sewing machine. Actually I was quite surprised that she let me use it!

(PJ) Just pondering for a second about making one’s own clothes. There must have been so much more individualism back then. I feel as though nowadays there is a need to fit in and look like you belong to a genre, or a subculture.
(LA) There was more individuality when people used to make their own clothes. You had to create and develop something. Also brands used to have a signature and it was fun to buy something somewhere else you couldn’t get in your hometown. It was possible to know nearly all the brands (forget about it today, it all looks the same) and there were differences between countries in style as well. Also it was never possible to buy that much. The prices were more in order of true costs. It seems there are two movements, the customers either want to look all the same or the street style individualist.

(PJ) What was the reason that eventually lead you to live your life in Berlin?
(LA)  I came to Berlin 9 years ago. One part of the decision to move here was my family and the other part was … Berlin seemed to be very promising in the creative field.

(PJ)  Do you still feel the same way? I’m quite new to the city and I love it but I know that a decade ago it was a very different place than today.
(LA)  I am not very good in judging Berlin. It’s changing in fact; the prices, especially the rents are getting really high but it is not easy to earn on the same level. People that work in restaurants etc. are not paid like in London or other big cities and I think that Berlin must be aware of having a very big gap between poor and rich people because that never created a good atmosphere, and we will lose the creativity.

(PJ) At what point did you start to look into the dichotomy of “fast fashion” and “Sustainability” within the fashion industry and society alike?
(LA)  For me the career of being a stylist changed a lot the last few years; I began to look in other directions, and I also started consulting for online shops, like Modomoto. It came drop by drop with a lot of research I did setting up workshops for the human resource departments of companies. I see fashion more as a second skin. And the changes in society brings other trends … vegan, ocean plastic discussion and so on…so I started to ask the question, “How can your clothes make you stronger and support you in your work and private life?” Then I saw the movie “The true cost” and some other inspiring documentaries.

(PJ) So you found yourself opening up in a responsible way!
(LA)  Sure, I mean I saw Esther Perbrandt crying in the research documentary by Bündnis für nachhaltige Textilien as she found out about the conditions of the women that sew our clothes. (Not her own designs) I was deeply moved by all this.

I believe we have to change and it’s not easy. It’s hard to find trustworthy information about places to buy sustainable clothes and the reputation of sustainable fashion is still quite bad.

(PJ) Sure but we have to start somewhere right ?
(LA)  We do – So basically my idea is – to show with fashion shoots that it’s very much possible to have really cool, on-point, trend setting look with good quality fabrics made in an ethical way. Sustainability can be fun and doesn’t have to look boring and too ecological.

(PJ)  How do you think the general public or the first world will start opening their eyes to the importance of “sustainable fashion” and sustainability in general?
(LA)  I think we all can see on different levels that changes are moving around the world due to globalization and nature itself is talking quite loudly with global warming. I can also see and feel how social media is spreading critical information more and more. I believe changes are always connected to information and I enjoy being a part of this process.

(PJ)  Can you tell me what you are doing with the German politicians?
(LA)  We are working with some politicians to make their wardrobes sustainable. Most of them have programs about green energy, ride bicycles or drive electric cars, but when you open their wardrobes the sustainability is missing.

(PJ)  If you could influence the next generation of stylists… In what way would you like to do so?
(LA)  I would like to make them aware of the possibilities they have. To bring inspiration and beauty into the world in a conscious way by using brands that are ethical. We are really only at the beginning of this process. Showing that it is possible to have a good ethical style in a fashionable way – that less sometimes is more and that nobody feels better following diktats from a celebrity paid by a big brand, or yet another Primark shirt for 4€.

This is Lin´s 100% sustainable editorial: 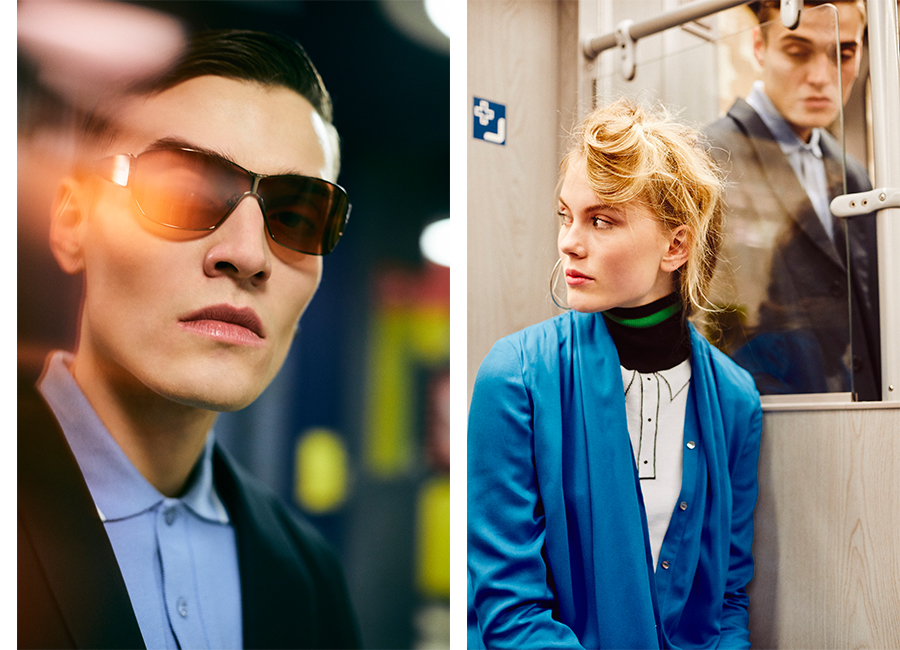 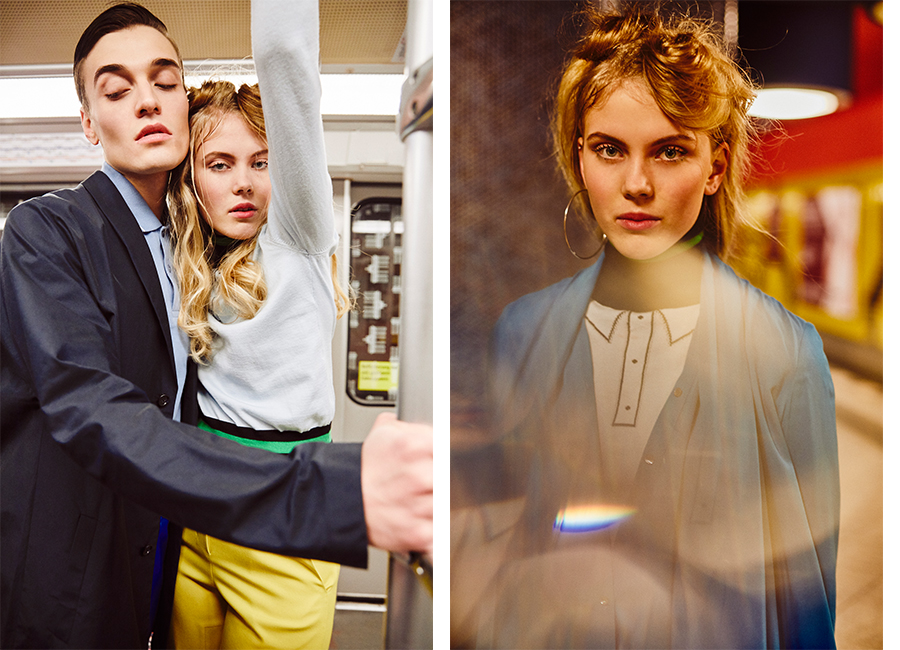 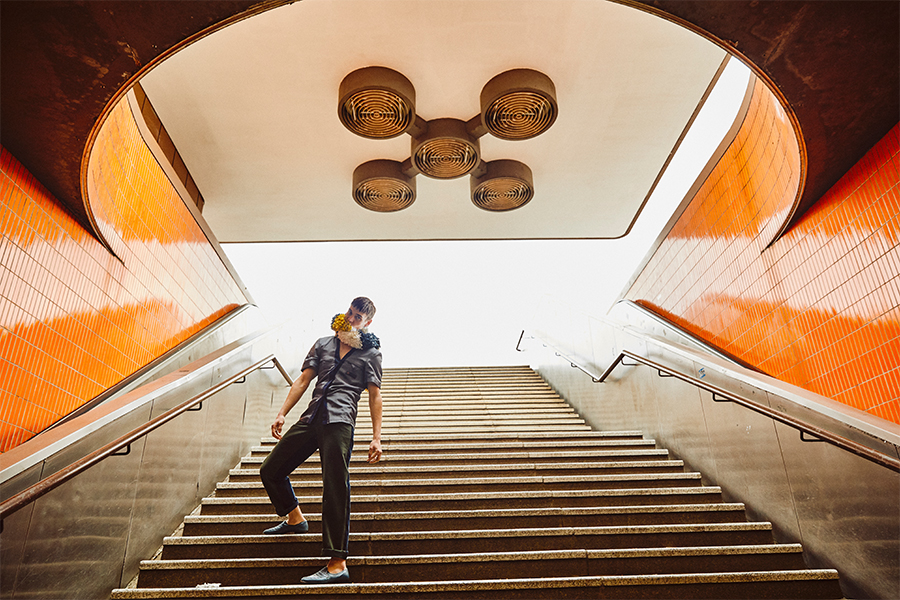 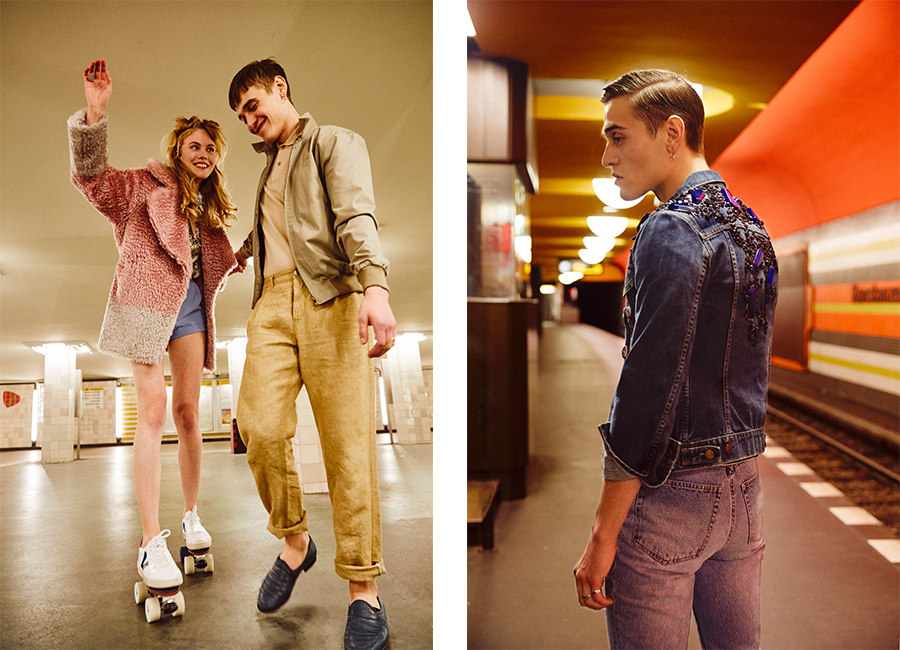 This is Lin Adler

Lin Adler (LA) would love to make sustainability fashionable. She is a stylist and has worked in fashion for 25 years. She is the now the go-to for sustainable styling and she also does colour theory and styling workshops for businesses and charities. Paul James Hay (PJ) is the founder of Core Artist Management, a photographer […]